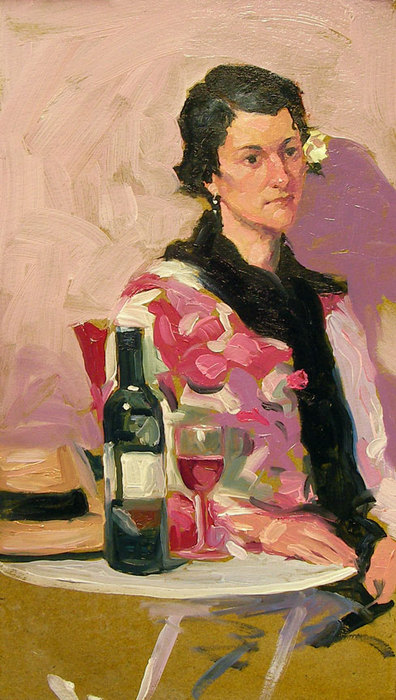 Learning the essentials of good painting does not have to be expensive. All good paintings have three things in common and in order of importance and they are, 1) good composition, 2) good contrast and 3) good colour.

This Alla Prima painting was painted using the 3 primaries, plus black & white.

The least expensive way for beginning painters to master colour is to learn to mix colour using the three primary system. These are colors that are made from a single pigment. Using this system, the artist only needs only five tubes of paint and most of those colours are a series four or less in the professional grade. In the student grade, colours made by the same manufacturers cost even less. 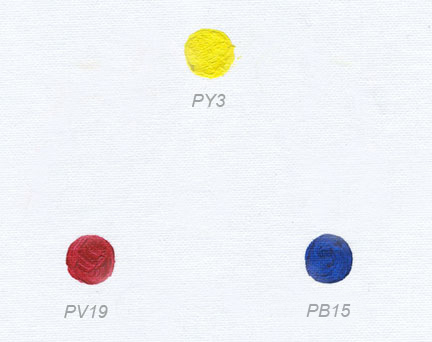 The three primary pigments are : PV19 (red), PY3 (yellow) and PB15 (blue). These pigments are the same used in printer's inks and when combined with white and black can replicate pretty much any colour. 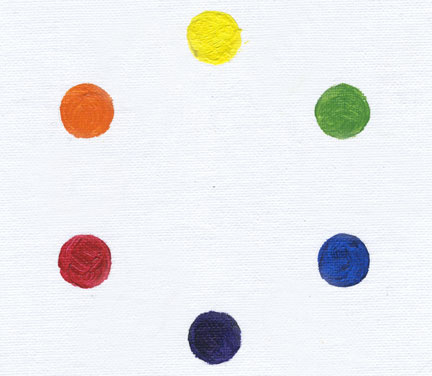 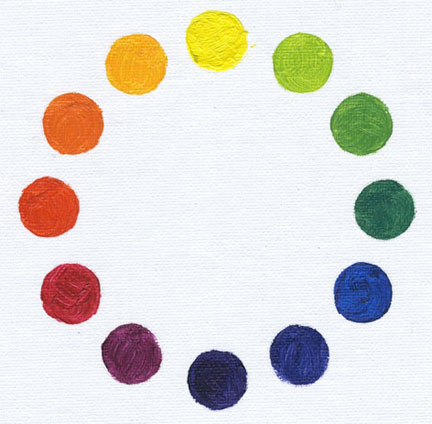 Now the wheel is complete.

Mixing complements neutralize. Therefore, a complementary can be used to mute its opposite. Red mixed with Green can create varying degrees of brown. The same is true when mixing the other two primaries with their complementary secondary.

On the colourwheel there exists colour groups (also known as families). These groups are based on the parent primaries. So, there is The Red Group, The Blue Group and The Yellow Group. Colour Harmony is created when one group dominates.

The Red Group consists of all the colours on the wheel that include the Red parent. Red, Red-Orange, Orange, Yellow-Orange, Red- Violet, Violet and Blue-Violet. The complements for this group are any from the green secondary group (Green, Yellow-Green and Blue-Green).

Complements are used to neutralize; white to tint (lighten), black to shade (darken).

It is possible to also mix earthtones using just the primaries: 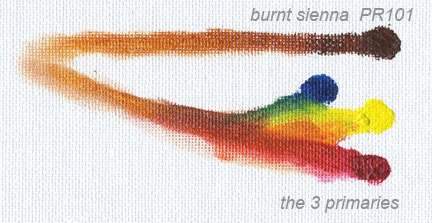 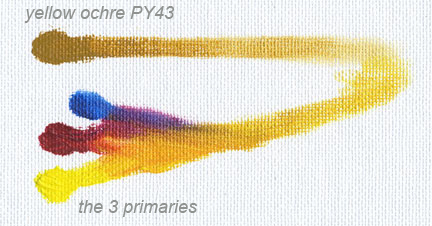 Below are two colour sketches that illustrate dominants and opposites 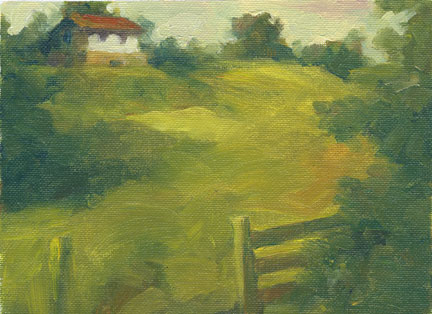 Here, the primary yellow group is used as the dominant group, and green as the dominant colour. The colours used are from the violet complement group to mute and red-violets are used as accents. The area of most contrast in value is the house which becomes the focal point in the painting. 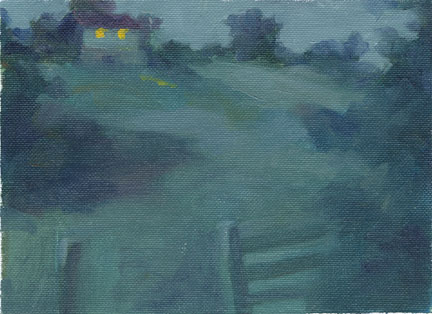 Here, the primary blue group have been used and are muted with the blue-violets and blue-greens with orange. The complementary yellow orange is used to create a high contrast, light against dark, focal point. Again, it is the house.

Note: we do not deliver outside New Zealand.

Enter the quantity and click "add to cart". When you are ready to pay for your order proceed to checkout. Payment is made by credit card on a secure server using Paypal or Payment Express. Alternatively you may pay by "bank deposit" or by phone on 09 489 7213.

Our delivery rates are:

† Prepaid Satchel is available for some smaller items that will fit into an A4 envelope. Please do not select the satchel option if your goods are breakable, easily damaged or flammable.
* Oversized items may be charged an additional amount - once you have selected the items you need proceed to checkout to see the exact costs.

Located in downtown Takapuna Beach on the North Shore, our store has been serving the local art community for more than twenty years. We are owned and operated by working, professional artists and have become the place where like minded creatives choose to gather, share and inspire. 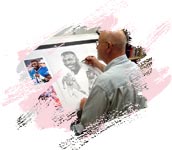 We are the only art supply store in the greater Auckland area that has a working artists' studio on premises. Our experienced and knowledgeable staff are always happy, willing and able to demonstrate techniques and share tips on the use of various artist materials.

Our focus is to encourage the pursuit of personal artistic expression and to share our expertise and love for the visual arts.

From anatomy to watercolour see all our latest art books...

We like to reward our Friends of the Store by giving back in kind. If you would like to be a part of our loyalty program simply register and upon purchase we will contact you about the member benefits available. If you are already a member simply register online and we'll upgrade your online account so that you can purchase directly online with all your member benefits.